A GDF has to be built deep underground, in solid rock. The rock along with several other engineered barriers plays an important part in keeping people and the environment safe while the waste naturally becomes less radioactive. The Working Group has now identified two Search Areas in Copeland, that Radioactive Waste Management (RWM) could investigate as part of the Community Partnerships.

No areas which fall within the Lake District National Park or 2019 extension proposal will be considered to host a GDF.

No areas which fall within current or future coal mines will be considered to host a GDF.

The Working Group has recommended that RWM’s investigation initially focuses on the deep geology within the inshore area up to 22km beyond the coast. 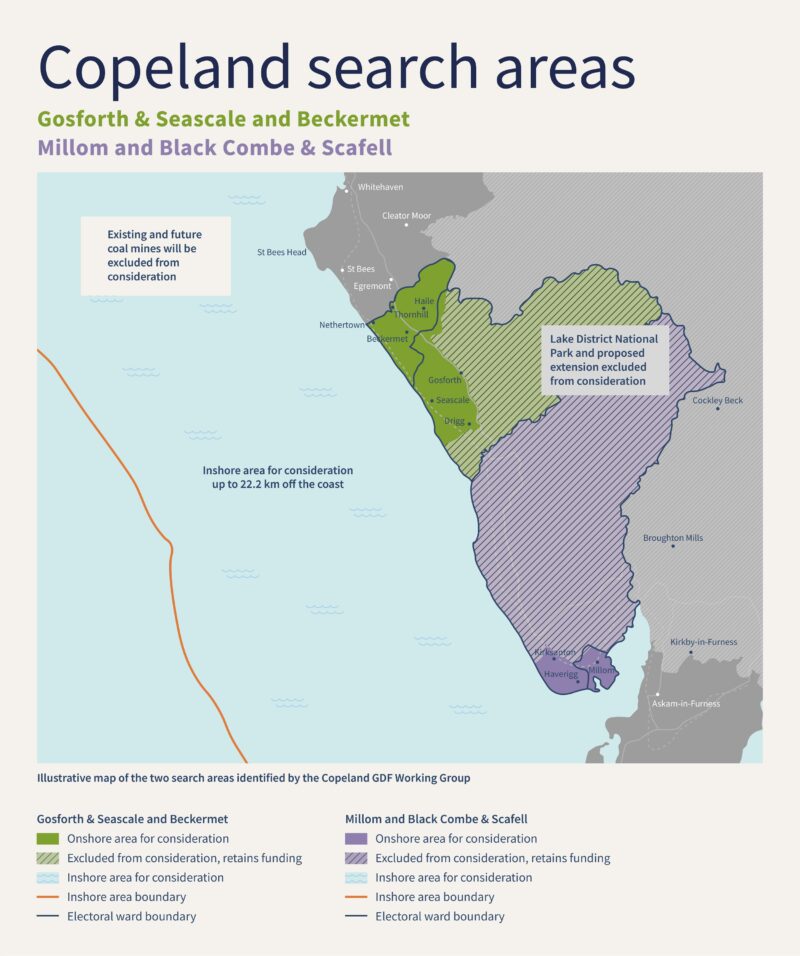 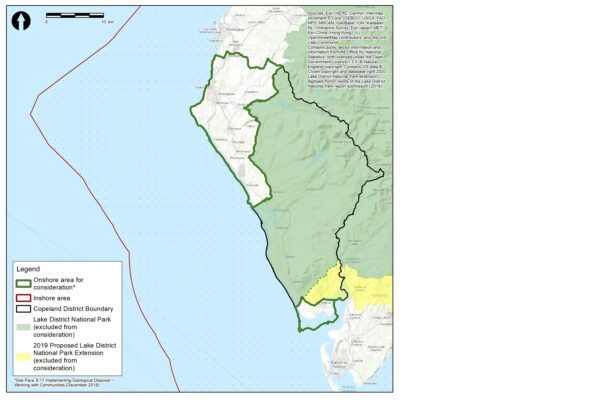 As part of the process to identify a suitable site for a GDF within a willing community, RWM has undertaken initial discussions with four interested parties which each proposed an area of interest in Copeland. RWM carried out initial evaluations for each area proposed to determine if they have any potential to host a GDF. For a description of GDF siting terms, read here.

Following the formation of the Working Group, two Search Areas have been identified by the Copeland GDF Working Group and RWM have completed further Evaluations for each Search Area identified to determine if they have potential.

RWM has concluded there may be potential to host a GDF in the identified Search Areas.

The results of these evaluations are available below.

Most of the area the Copeland GDF Working Group will initially consider is discussed in the Northern England subregion 4 section of the National Geological Screening for a GDF.

Inshore area near to the Low Level Waste Repository 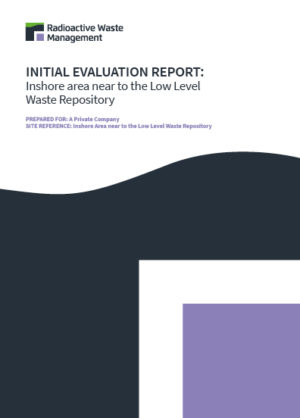 South Copeland area together with the adjacent inshore area 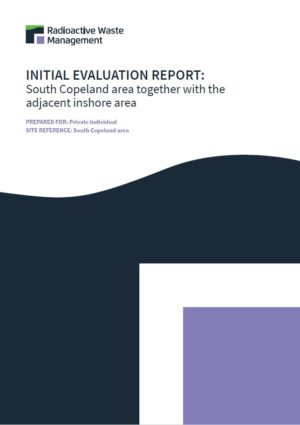 Copeland Area together with the adjacent inshore area (1) 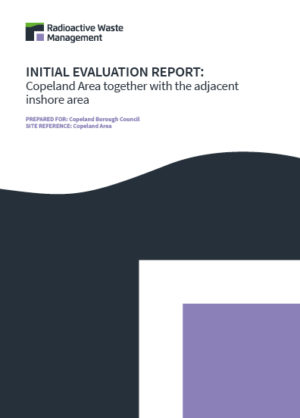 Copeland Area together with the adjacent inshore area (2) 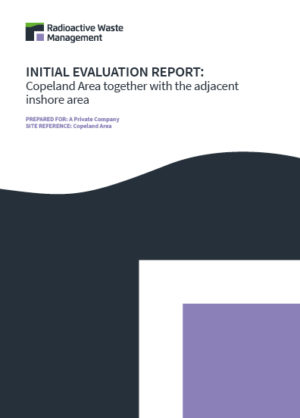 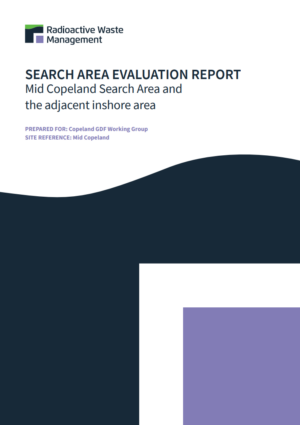 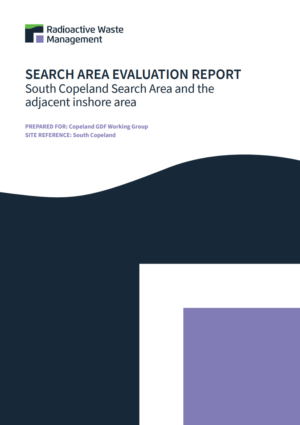